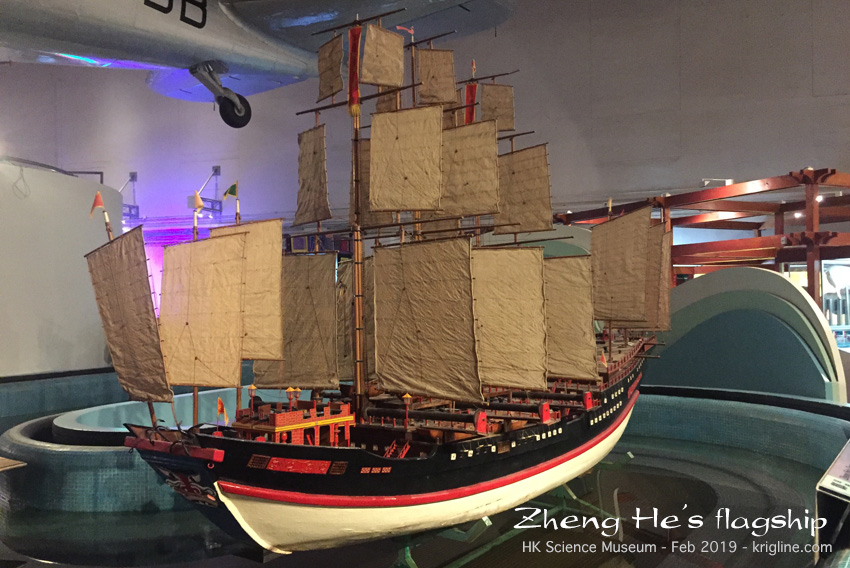 Under the Cathay airplane was a model of one of my favorite ships: the flagship for China’s most famous mariner: Zheng He. From 1405 to 1433 (60 years before Columbus sailed three tiny ships from Europe to America), Zheng He led seven missions of over 27,000 men and over two hundred vessels to more than 30 countries. It is believed that part of the fleet even made it to America’s Pacific coast!