Our Strange Visit to Wuwu-Land⇔ 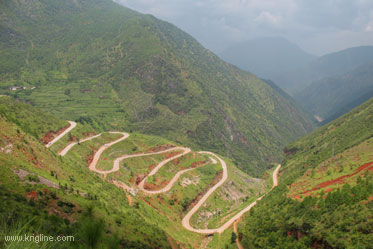 One of our more interesting experiences this summer was a visit to a small minority called Wuwu, in the mountains just across the border. The primary peculiarity of this isolated group is that they do not use the number five. They believe that 2+2=4, but 4+1=6, 3+3=7 and so forth. As a result, if you have six eggs and give three to your in-laws, you only have two to eat (6-3=2). The Wuwu have 13 months in their year, but don’t have a fifth month. Most months have 34 days (since they don’t have the dates 5, 15, or 25). I’d heard of counting systems that were not based on the decimal, but this was the first time I had seen one.

We considered their 9-digit math system rather odd, but of course it is perfectly normal to them. They believe that since there is no such thing as five, those who believe in it are the foolish ones. For generations, children have been taught to count using the Wuwu system, and the people manage remarkably well. This should not be a total surprise, since if EVERYONE believes the same thing (rightly or wrongly), they can get along well and accomplish many things. It is just relationships with the outside world that are troublesome. To avoid these problems, the Wuwu people have simply isolated themselves. It was not hard, since they are in a remote mountain area. But the difference between their lives and others nearby is startling.

Think about all the things that only work if you have all ten digits! For example, there are no phones in Wuwu-land, and if there were phones, they could only call local numbers (or those outside without fives) so they would be rather useless as ways to enhance communication. 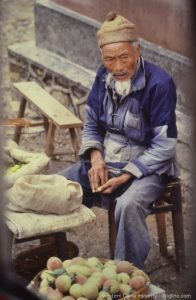 We stayed with an elderly Wuwu man, known by the locals as Loony Shu. As a child, Shu had been sold to a neighboring village as a slave (a common practice at that time), but to make a long story short he earned his freedom and eventually made a small fortune as a businessman (once he learned to use the number five!). Upon retirement, Shu felt compassion for the people of his village and dedicated himself to bringing them into what he called “the real world.” He moved back to the village, and started telling fascinating stories about all the things that are possible when you believe in the number five. He claimed that his research had shown that the ancient Wuwu people did use the number five, but a powerful tribal leader banned the number long ago and it passed out of use by royal decree.

Of course, this is how Loony Shu got his nickname. Everyone thinks he is crazy, since everyone knows there is no such thing as a five. They let him stay for entertainment value, and because they are pretty sure he really is a part of their tribe—he looks like a Wuwu and can still use the language, even after all those years away. But his stories are so fantastic, and he has all kinds of “things” from the outside that are also too fantastic to comprehend. Children look at the funny images on his clocks and calendars, and laugh at the old man. The village elders tried to kick Loony Shu out of town a few times, but he kept coming back. Now they put up with him, so long as he keeps his stories to himself.

But that is hard to do. After all, he knows what they are missing. Sometimes when he is out buying vegetables, using the five-less numbering system he learned as a child, he can’t help but break out in a story about the five and how different it could make their lives. He tells them that 2+3 is five not four, and half of seven is not three, it is 3.5! He tells the people about phones and other weird stuff, and before long he feels a strong grip on his arm. And as they escort him back to his home, he shouts “I believe in five! I believe in five!”

You can imagine that he doesn’t get many visitors, though last year a couple of curious people started to visit him together. Calmly and slowly, he began to teach them the 10-digit counting system (and they were beginning to catch on because they were quite bright), but the tribal leaders made the meetings stop. They said Shu was allowed to believe what he wanted for himself, but he was not allowed to confuse others. They said the village had a system that worked, and that was good enough. Unfortunately, many of the members of this curious group soon thereafter left the village in their quest for more information (and for things like Shu had!).

The Wuwu village is in a beautiful place and the people are friendly, but we left Wuwu-land with a sort of sadness. Long ago, someone had convinced them that there was no such thing as a five, and in spite of the evidence presented by Loony Shu, the people won’t change their counting system. In fact, they are not even allowed to hear that evidence! Perhaps we should not have felt sorry for them; after all, these people have the right to believe whatever they choose. It’s just that we know how much they are missing.

Some of our Chinese friends don’t believe this trip ever took place. They say there is no such place as Wuwu-land. Tell that to the people in the Wuwu village! They believe they are real, no matter what those outside (who foolishly believe in five) believe about them. I guess it goes to show that whether we are talking about believing in the existence of the number five, a remote village, God, or anything else, what you believe is not as important as whether or not what you believe is the truth.