(Clicking on photos reveals the entire caption and often makes them bigger.)

My students often say they are impressed by all the places I’ve been. Indeed, I’ve been blessed with many opportunities to travel, and my websites only show the places I’ve been since buying a digital camera (primitive though it was in 2000). But after studying at Xiamen University for two years (1985-87), I took the longest train-ship-bus journey of my life. It took a week to get from Beijing to Moscow. Once I arrived in the UK, I spent a month in Scotland (with my sister) before flying to the US to start grad school. Below the map, you’ll see a few scanned photos from the trip; I suppose there are more slides in a box somewhere, but they will likely never see the light of day again!

In a nutshell, I went from Hong Kong to Xiamen by ship, then took a train to Shanghai, and another to Tianjin, another to Beijing. Then I took the “trans-Siberian” railway from Beijing, through Mongolia, to Irkutsk (Lake Baikal). As I recall, it had taken 4 days to get from Beijing to the Lake, so I was happy to get off, get a shower, and do a little sightseeing. While at the Lake, it happened to be “the Fourth of July” (America’s Independence Day), so I eventually wrote an article about my adventure that was actually published! About 24 hours later, I continued the train journey to Moscow (another 4 days). After visiting a friend in Moscow and spending a few days (maybe two?) in the area, I took a train to Helsinki, spending a day or two there. A ship took me to Stockholm (I remember that it was “sunset” all night—never getting dark), and I spent a few days with friends in Sweden. Then a beautiful train ride took me over the mountains to Oslo, and a day or two later on to Bergen. Then I took a ship to Newcastle-on-Tyne where I saw more friends, before traveling to be with my sister in Scotland a day or so later. (I stayed with her, and her husband, for about a month, with other journeys south to see friends from the 8-months I lived in Coventry, 1981-82.)

It was a long, lonely trip, that would have been much more fun had I been traveling with a friend! But I saw a lot of interesting places, met a few friends along the way, and was sort of nursed back to sanity by my sister and brother-in-law during my month in Scotland. Eventually, I flew from London back to the US, to start graduate school in South Carolina. There, I met the woman who would become my wife, we got married and lived happily ever after. Well, it’s a bit more complicated than that, but this is a short blog post! 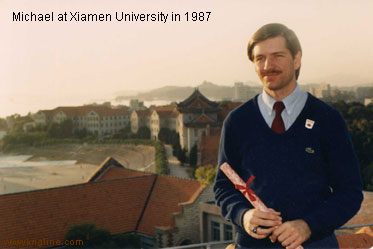 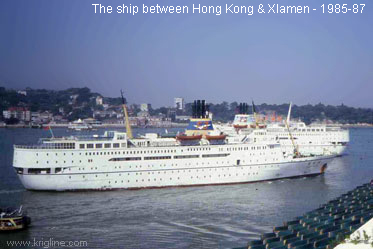 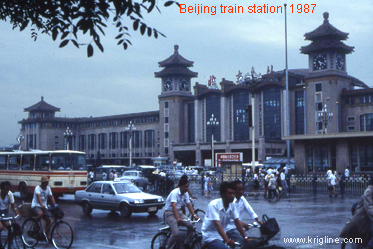 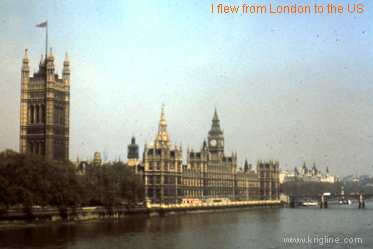 I have since re-scanned some of my photos from Russia. Click to see a bigger image and their captions.

I saw lots of train stations along the way. I think this was actually in Mongolia, but who can remember after so many years!

This dark fuzzy photo inside the train (showing my fuzzy beard) is the only color image I can find of myself from that trip. I guess “selfies” were not common back then.

In Irkutsk I was told that this couple came to Lenin’s statue on their wedding day, sort of a way to seek “good luck” for their marriage. It goes to show that even in a place where praying and superstition are forbidden, people look for help outside the natural realm!

This was my hotel, on a hill overlooking Lake Baikal.

Looking down at Lake Baikal, probably from my hotel. I was in a boat like this on July 4, 1987.

For days, I saw cottages like these all across Siberia.

The Kremlin wall is on the left, then Lenin’s tomb (you can see him ‘under glass’ if you want to stand in the long line), and then St Basil’s Cathedral on Red Square. The young lady was my tour guide.

My tour took me into the Kremlin grounds, where this imposing tower caught my eye against the beautiful clouds. Elsewhere in Moscow I saw this poster; I can’t read the Russian, but it seems to herald Communism’s expansion around the globe.

Beautiful St Basil’s Cathedral had been converted into a museum by the Communist government at that time, but today it has been restored to its intended purpose. What a magnificent structure!

As I recall, this beautiful Orthodox church was inside the Kremlin grounds, which were once a royal palace, I believe. I also saw many attractive and historic Christian Icons on my journey.

Why did I undertake this long journey? Well, for one thing, one of my roommates at Xiamen University (for about two weeks) was a Russian scholar, and he invited me to see him “if I was ever in Moscow.” That seemed like a good idea! Secondly, I knew my sister and special friends would be at the end of the trip, in the UK. Third, my mother’s ancestors had come from Sweden, so I wanted to visit. (I was moved by a display in a Stockholm museum about mass emigration to the US in the 1870s—that was the time my ancestors moved to the US.) Fourth, while I was growing up, a portrait of a young American soldier hung in our living room. It was my grandfather, who had “fudged” about his age and enlisted to serve in World War I. After the war, I was told, he and the US army helped to build the trans-Siberian railway for the Czar of Russia. And finally, my classes in Beijing ended in June, and grad school in South Carolina wouldn’t start until late August. This sounded like an interesting, once-in-a-lifetime chance to see more of the world!