This article was created for an International Friendship Ministries discussion

In a few months, a new “Krigline baby” will enter the world. This is a big deal because there hasn’t been a new “Krigline” since 1993! Take a moment and list all of the things my nephew needs to do in the months before this special Arrival….

[You can see my partial answer in the endnotes.]

Clearly, people go to great lengths to prepare for a new baby! What would your list look like if you were about to start a new career, and especially if you planned to do so in a new country? We would have to add learning about language/customs/communication/laws, dealing with both “ending” and “beginning” issues, etc. And it wouldn’t surprise me if some of the “great lengths” a person goes through in such a situation would appear positive and some would appear downright terrible to those with a more limited perspective.

Many years ago, a woman intentionally inflicted great pain on my young son. I remember my own pain as I listened to his loud cries, but I did nothing to stop her. How could I be so cruel? She was a nurse, giving my son a vaccine. I even paid her to do it. See how a little more information helps us understand “when bad things happen” in a very different way?

Well, what would you expect God to do if planning to inaugurate some massive global change or shift in how people think? Surely, God would go to great lengths to prepare the world, after carefully selecting the best time and circumstances for the event. Again, it wouldn’t surprise me if some of the “great lengths” would appear positive and some would appear downright terrible to those who don’t understand the complexity of the project. The point is that if someone understands the “bigger purpose,” even things that look “bad” might make more sense.

Furthermore, “bad things” that happen in one place can have a huge impact on events a world away. In early 2020, the global COVID-19 pandemic was commonly traced back to a bat in central China, showing just how widespread an action in one place can affect the whole world. But it wasn’t the first time that “mysterious” forces wreaked havoc around the globe. Recent research suggests that a giant volcanic eruption in Alaska in 43 B.C. set off a series of climatic shocks that sowed economic disruption and political upheaval across the Mediterranean, around 40 years before Jesus was born in the region.

Brooks Hays (UPI, Accuweather.com) writes: “In the wake of the assassination of Julius Caesar in 44 B.C., Rome’s power brokers jockeyed for control as the Roman Republic disintegrated and the Roman Empire emerged. Several hundred miles to the Southeast, Cleopatra’s attempt to restore Egypt to its former glory was complicated by failed floods, famine and disease.” This would have made it difficult to feed Rome’s millions.

In June 2020, a research article in the journal PNAS indicated that scientists have found evidence that the Alaskan eruption was at least partially responsible. According to Hays: “Ice cores extracted from the Arctic revealed the remnants of one of the largest volcanic eruptions during the 2,500 years. Scientists dated the volcanic rocks to the year 43 B.C. and traced the ejected particles to the Okmok volcano in Alaska. Paleoclimate records showed the year 43 and 42 B.C. were two of the coldest years in the Northern Hemisphere — and the beginning of a decade-long cold spell.”

Normally, the Nile River floods annually, preparing the ground for new crops. “We know that the Nile River did not flood in 43 B.C.E. and 42 B.C.E. — and now we know why,” Joe Manning, professor of classics and history at Yale University, said in a news release.

In 39 B.C., an Egyptian historian describes large-scale famine and social unrest that affected the Roman empire during the previous decade. Grain was scarce, making it difficult to survive during a very chaotic time. Roman records suggest that the entire Mediterranean was suffering. Unaware that Alaska even existed, no one understood the invisible forces behind the chaos.

According to the journal PNAS: “While it is difficult to establish direct causal linkages to thinly documented historical events, the wet and very cold conditions from this massive eruption on the opposite side of Earth probably resulted in crop failures, famine, and disease, exacerbating social unrest and contributing to political realignments throughout the Mediterranean region at this critical juncture of Western civilization.”

Today, sophisticated technology helps reduce the mystery behind the COVID-19 pandemic. But it is easier than ever to see how a disaster can disrupt supply lines, make food (and even toilet paper) scarce, wipe out jobs, create social unrest, and affect global politics. While it is impossible to establish a “direct causal linkage” to the hand of God, both massive natural disasters and microscopic viruses remind us that we humans are not as “in control” as we would like to believe.

This article starts with the question: “Is there a bigger purpose when bad things happen?” Some would point to this “bad” volcano in 43 BC, and see God’s “bigger purpose” to inaugurate a massive, positive shift in human history. From any objective standard, the impact of the man born in Palestine about 43 years later had a huge global effect on human history; perhaps even the biggest effect of any event or any life, before or since. The changes brought by Jesus Christ were so monumental that the world’s calendar marks years from his birth (BC is “Before Christ” and AD is Anno Domini, Latin for “the year of our Lord”). His teachings raised the standard of behavior from “don’t harm others” to “love your enemy.” His scandalous death turned humility from a vice to a virtue. Belief that he rose from the dead transformed fear into boldness, and empowered shame-filled slaves to lift their heads as adopted children of God. In time, the Christian faith would end legal slavery, popularize education, raise the status of women, build universities to teach law and science, revolutionize care for the seriously ill, and establish hospitals in every corner of the planet. And Christians say it started with God’s elaborate preparation for “the fullness of time” (Gal 4:4-5), which is the Bible’s term for when God’s unseen hand prepared the world for Jesus’ birth. In the era preceding “BC zero,” an invisible hand gave the western world a common language, safe roads, and convenient travel, and otherwise created an unparalleled, stable environment for the Good News of Jesus to quickly spread across a major proportion of the globe.

Now we know that even an Alaska volcano and global weather were involved.

“In the fullness of time,” Christians say that God sent His Son (Jesus Christ) to redeem us from the shame and guilt of breaking God’s righteous law (we all know we aren’t perfect!). His humble self-sacrifice offers a pardon to any who surrender their lives to Him.

Did God use an Alaska volcano and European crisis to get peoples’ attention and prepare the world for Jesus’ birth? Could God again be using a global crisis to get our attention, and turn us from the destructive path of sin…before it is too late? These are questions worth thinking about.

“But when the fullness of time had come, God sent forth his Son, born of woman, born under the law, to redeem those who were under the law, so that we might receive adoption as sons.” (Bible: Galatians 4:4-5 ESV)

The concept of the “fullness of time” implies that God made elaborate plans to prepare the world for Jesus’ visit to earth. (If the Bible’s account is true, Jesus was the only child who ever chose when and how to be born!) “The fullness of time” included volcanos and earthquakes, global rulers and armies, technology, travel conditions, the “universal” Greek language, Roman Citizenship (passport/protection), a hunger for “new ideas,” and more. Jesus’ life also fulfilled some 300 prophecies written centuries before he was born. These prophecies included specific predictions of where he would be born, who his ancestors would be, the way he would die, things he would do, the stars overhead when he was born, etc. The Bible says these things were written in advance just so that when things came to pass, “people” would know that this was no accident. Of course, “people” refers only to those few who applied themselves to learn about the signs in advance, or who would carefully investigate these things after Jesus lived among us.

But a more important question is: If we can see God’s hand in “the fullness of time,” can we trust that God is still in control during this pandemic? Christians believe that we can, and in fact, they believe that God’s ability to work so many factors together in “the fullness of time” also means that God can use each of our lives to accomplish something important. This gives our lives meaning, whether or not anyone remembers us after we die. There IS a bigger purpose when both good and bad things happen. 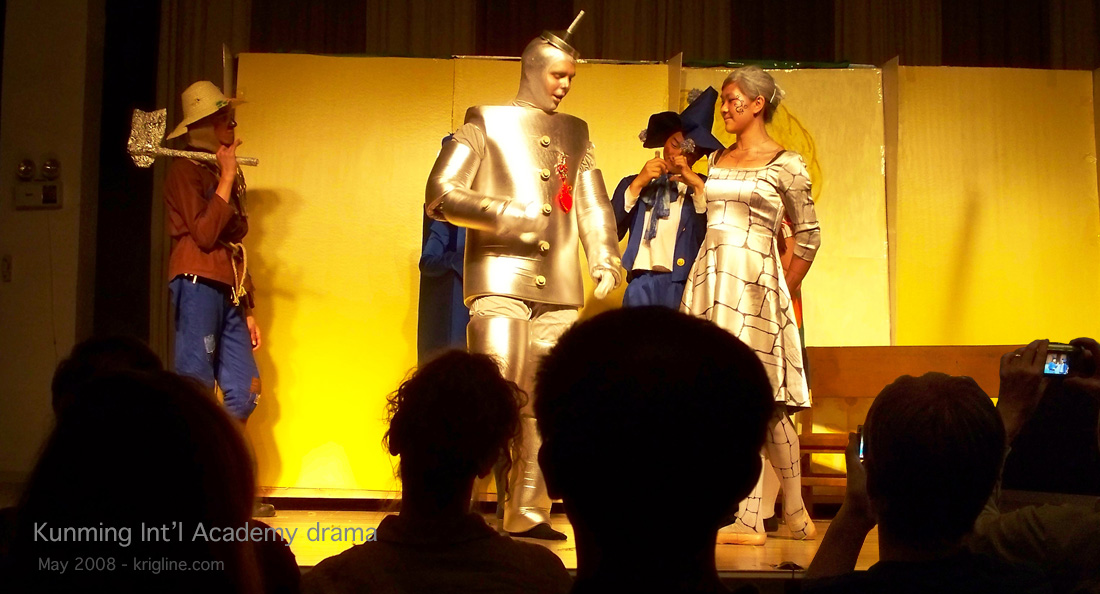 The key is to cooperate with God in His “master plan” and do the best we can with our part of the play. Good actors learn their lines, but they are also able to instantly make changes when something unplanned happens on stage. The actor knows what the playwright is trying to say, and helps him/her say it well. Good actors know that their own parts, big or small, are not as important as the play as a whole. And of course, the actor knows that he/she better be serious about preparing and acting, because bad acting can get you removed from the stage while faithful actors are often given more important parts. Actors also know that the play won’t go on forever. After all, when the audience applauds and the playwright walks onto the stage, the play is over! Christians believe that God wants all people to be “good actors” in everyday life, in all of the same ways! NOW is the time to figure this out, and get serious about it.

Discussion:
(Are there any terms you want to ask the teacher about?)

Rom 3:23 …for all have sinned and fall short of the glory of God (ESV)
Rom 6:23 For the wages of sin is death, but the free gift of God is eternal life in Christ Jesus our Lord. (ESV)

• Preparing for a baby: I hope you came up with a list, but mine includes taking care of Mommy’s health and pre-natal visits, thinking of a name, preparing a space in their home, finding a better job if income isn’t going to meet the needs of a growing family, dealing with medical bills and insurance, figuring out how they’ll announce the birth, a ‘baby shower’ (that’s a gift exchange, if you’re not familiar with the term), buying a car-seat and other equipment, buying clothes, initial talks about how/when to discipline a toddler, learning to feed a baby and change a diaper….

• Scriptures quoted above are from:

Original content ©Michael Krigline, including photos if noted. For contact info, visit About Us. To make a contribution, see our Website Standards and Use Policy page (under “About Us”). [My titles that start with ↑ point to devotional articles that help us “look up”.]